Tetanus- Diphtheria (Td), also called lockjaw, is a serious infection caused by Clostridium tetani bacteria, whose sports are found most commonly in soil, manure and dust. The bacteria produce a toxin that affects the brain and nervous system, leading to severe muscle spasms, difficulty breathing and even death. 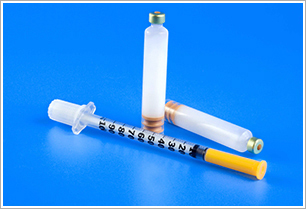 Tetanus is usually spread when the bacteria enters through a skin lesion, like an open wound or deep skin cut. The deeper the cut, the more the bacteria thrive because there is little or no oxygen. It can also be spread through animal bites, tattoos, skin burns, body piercings and drug needles.

Symptoms of tetanus can appear between 3-21 days, and can even take months, depending on how far the injury is from the nervous system.

ExpressCare Urgent Care Centers provide the Td vaccine to protect against the tetanus and diphtheria bacteria. Patients should get the vaccine once every ten years, or more often if they suddenly get a deep cut or puncture wound.

Get your prescription filled before you leave the office. ExpressCare also offers on site X-Rays and Labs.